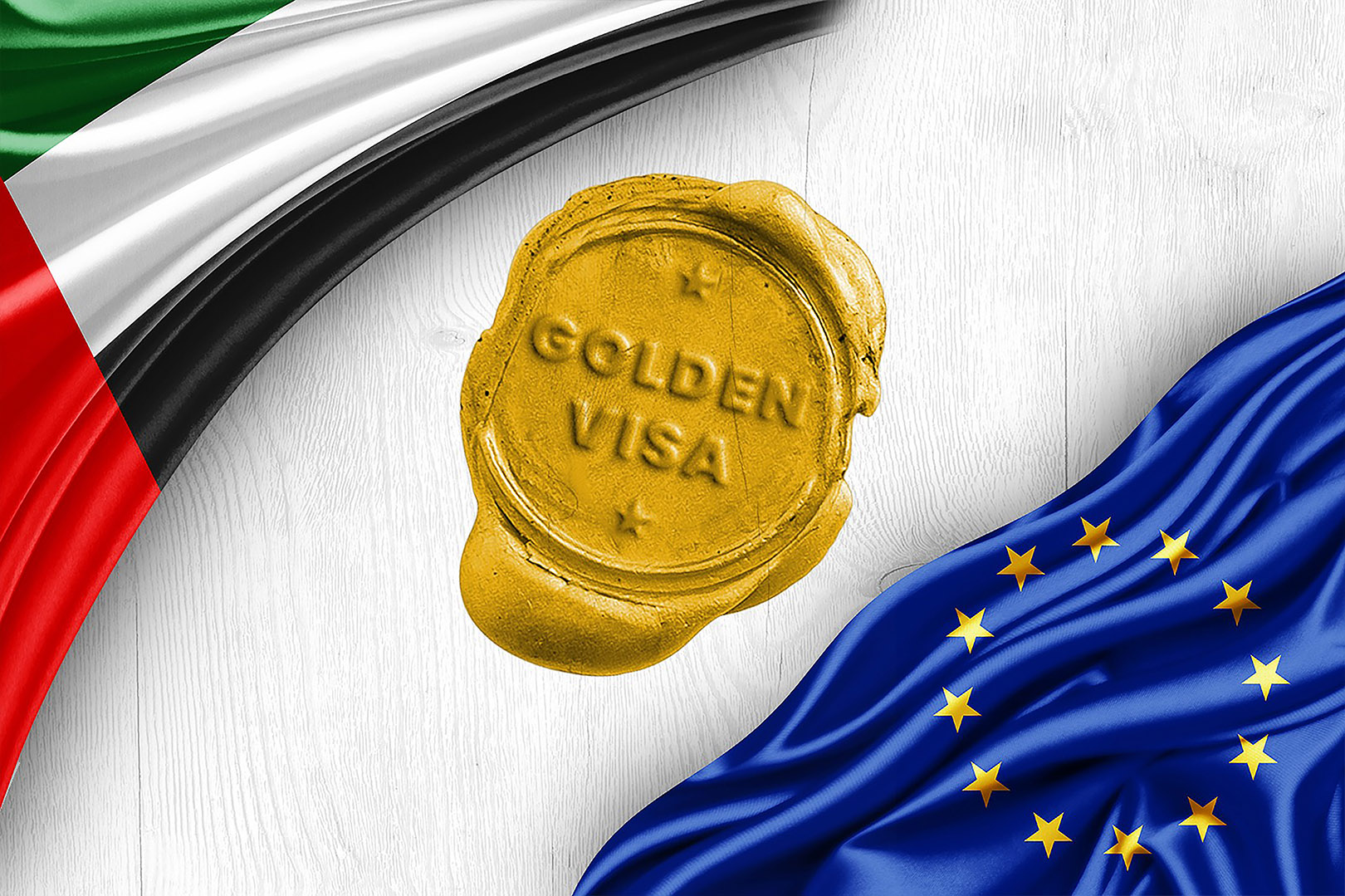 Companies in the UAE now provide Golden Visas as a way to keep hold of current employees, and they are also looking at the possibility of giving new senior personnel 10-year visas in an effort to draw in the top talent in the market. Companies are introducing this added benefit in addition to financial incentives in an effort to retain talented and highly qualified workers over the long term.

High-net-worth individuals were the primary target of the Golden Visa in the past. At the moment, businesses are looking into the possibility of providing this as an extra perk for senior leadership personnel. Several influential figures in the medical and technology industries are driving this movement. This is being employed favorably to attract new talent and keep high potential employees in important jobs. Client companies and applicants alike are pleased with the decision.

Furthermore, it boosts the country’s talent density. The UAE will gain significantly from the changes taking effect in September in terms of luring talent over the long term. As part of a significant revision to its residence reforms programme, the United Arab Emirates will issue a number of new visas and entrance permits starting next month. Several changes to residency laws will go into force starting next month, including a greatly expanded Golden Visa programme, a new five-year Green residency, a multiple-entry tourist visa, and entry permits for job seekers.

Oil and foreign labor have been the UAE’s two primary cornerstones in recent years. Despite having some of the best oil reserves in the world (now at over 111 million barrels), foreign labor is becoming increasingly difficult to find due to increased worldwide competition for expertise. 8.92 million of the 10.08 million people living in the UAE are foreigners, according to statistics released by Global Media Insights in March 2022. As a result, there are about eight expatriate residents for every UAE national.

In the business sector, the UAE’s reliance on foreign talent is even more obvious. According to a Gulf Research Center research from 2015, Emirati nationals made up just 0.5% of the private sector’s workforce in 2013. Of them, the top three migrant groups are composed of people from India, Pakistan, and the Philippines.

Many industries in the Gulf nation are facing increasing competition from other geographies to attract and retain migrant professionals, particularly in high-demand sectors like healthcare. As talent becomes the main input of production in sectors across the knowledge economy, the country has been forced to expand its visa programmes to remain competitive.

For expats, there is a worldwide competition. A shortfall of healthcare personnel, including nurses and doctors, was observed in 22 EU nations in the annual report on skill shortages and surpluses in 2020 published by the European Commission.

There are labour shortages everywhere, not just in the healthcare industry. According to the most recent State of the Nation report from the British Computer Society, there were more than 64,000 IT job openings in the UK during the third quarter of 2021. This is an increase of 191% from the same time in 2020. The UAE believes that there is rivalry on a global scale that extends beyond capital, which is now a plentiful resource. Talent is the limited resource on a global scale. The battle is for skill, not for money.

In response to this escalating competition, the UAE launched a “golden visa” programme in 2019. The visa gives a limited group of talented foreigners the chance to reside and work in the nation without the need for a sponsor for 10 years. Its eligibility requirements have changed numerous times since it was first introduced; most recently, in July 2022, nurses were added. The next review is scheduled for September 2022.

The Esaad privilege card, which grants the holder discounts in industries like healthcare, education, hospitality, and entertainment, is one of the benefits available to visa holders. Additionally, access to specialised health insurance coverage is provided to visa holders. As more nations compete to entice employees from around the world, the UAE’s golden visa programme has set the stage. Following this, Saudi Arabia introduced a comparable Premium Residence programme for qualified expatriate workers, while Kuwait announced comparable plans to prolong the residency durations for immigrants in May 2022.

Some companies in the UAE are recruiting for essential roles or certain abilities by providing 10-year Golden Visas in addition to pay and bonus packages. As competition for talent increases and more workers look for opportunities for extended residency in the nation, this may soon apply to companies in other industries as well.

By providing a new bonus for new hires of software/data engineers and those moving into leadership roles, the Dubai-based real estate web Property Finder is undoubtedly aiming for an early mover advantage.

Businesses in the healthcare and tech industries are reportedly giving their newest hires this kind of choice, according to consultants that specialise in executive search. It is believed that these offerings would assist keep this workforce, many of whom are foreign nationals, for considerably longer durations than they may have first intended. The 10-year residence was formerly contingent upon making certain investments totaling Dh10 million or more. That entry-level criterion was recently reduced to Dh2 million, and it might go into force in Dubai starting in September. Golden Visa has already been a part of recent offplan launches from firms like Samana.

It became a job-related incentive to retain talent when some corporations awarded Golden Visa status to long-serving workers last year. It is now used as a recruiting tool for talent.

The announcement of the updated eligibility requirements for Golden Visa applications and approvals immediately sparked an unprecedented rush among real estate investors and from the larger community. Investors, professionals, and students, among others, can live and work in the UAE without being bound to a certain employer thanks to the Golden Visa. The eligibility requirements are expanding daily, allowing the holder to sponsor his or her spouse and children.

Additionally, it provides an option for companies with 100% foreign ownership who could have trouble opening a labour and immigration file without an Emirati partner or sponsor. It follows that the increase in applications is not unexpected.

In fact, some industries have acted quickly to seize the benefits of giving the option to critical employees or those they intend to hire. Long-term, employers stand to gain advantages as well. While it still gives businesses great pride to have Golden Visa holders on staff, there are also long-term advantages in the shape of lower total expenditures for the company. And many other firms who may still have been debating applying for the visa for specific personnel will find that decision-making much simpler in light of the recent release of special insurance packages for Golden Visa holders.

Available for both individuals and businesses, connecting those who have the knowledge with those are seeking the knowledge.

Keep up-to-date with latest news and updates about us.

EmiratesHR is an intuitive HR software solution specifically designed for the UAE and wider GCC region to save you time and money. Our secure cloud-based software helps organizations of any size streamline HR processes and engage with their employees more efficiently and accurately.

Designed & Developed by: Be Unique Group 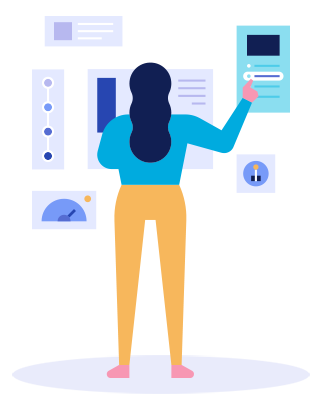 How much would you like to leave to your dependants?

How much of your mortgage is still outstanding?

How much would be required to pay any major loans or debts, such as credit cards, or provide cover for other expenses?

What is the amount of any existing life cover, death in service or investments that would payout in the event of your death?

This calculator helps you consider the costs you may need to cover. Please remember that the suggested answers may not be appropriate to your own circumstances.

The level of cover we can offer is also subject to age, medical, and minimum or maximum cover requirements at that time. You are responsible for the accuracy of the amounts you enter and therefore the total calculated. Please remember that the amount of life cover you need should be reviewed regularly and as your financial circumstances change. If you are unsure of the amount of cover you require you should speak to a Financial Adviser.

The Final Result : AED
Go Back

This is the sum of money you would like to be paid out in the event of your death.

It's important to consider any ourstanding financial commitements, including your mortgage, along with maintaining your family's lifestyle and current or future needs of dependants, e.g. their education or ongoing care. If you are not sure of the amount you require, then click the calculator icon to see if our cover calculator can help.

A Critical Illness policy pays out a lump sum upon diagnosis of a critical illness that is specified in the policy.

There are two different types of Critical Illness Policy

The term of years is the number of years you wish the policy to run for. You pay your premium every month during the term, once the term finishes you are no longer protected.

When choosing your term you will need to consider the financial costs you wish to protect and how long it will be before those costs are no longer a burden to your loved ones.

Level Term : Provides an amount of cover which remains the same throughout the term of the policy.

Decreasing Term : Provides an amount of cover which decreases in line with the outstanding balance on a repayment mortgage.

Who will be covered ?

Policies can either cover one life (single life) or two lives (joint life). In the case of joint policies the policy will cease following a claim on either life.

Why do we need your email address?

We request your email address so we can email your quotes to you onces you have viewed them on screen.

Why do we need your phone number ?

To help you find the right policy, we've partnered with lifeSearch who offer free, no obligation advice. Providing your number is optional, but if you do provide it you'll be contacted by lifeSearch to discuss the cover that's right for you.

If you have smoked or used any tobacco products in the last 12 months including cigarettes,cigars,pipers or nicotine relacement products you are classed as a smoker.

Want to become a contributor?